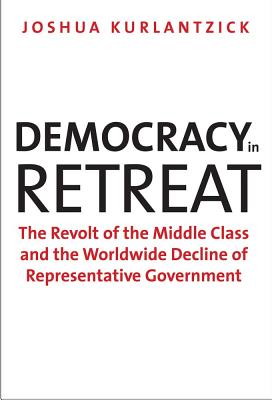 Since the end of the Cold War, the assumption among most political theorists has been that as nations develop economically, they will also become more democratic especially if a vibrant middle class takes root. This assumption underlies the expansion of the European Union and much of American foreign policy, bolstered by such examples as South Korea, the Philippines, Taiwan, and even to some extent Russia. Where democratization has failed or retreated, aberrant conditions take the blame: Islamism, authoritarian Chinese influence, or perhaps the rise of local autocrats.But what if the failures of democracy are not exceptions? In this thought-provoking study of democratization, Joshua Kurlantzick proposes that the spate of retreating democracies, one after another over the past two decades, is not just a series of exceptions. Instead, it reflects a new and disturbing trend: democracy in worldwide decline. The author investigates the state of democracy in a variety of countries, why the middle class has turned against democracyin some cases, and whether the decline in global democratization is reversible.

Joshua Kurlantzick is a fellow at the Council on Foreign Relations and a frequent contributor to publications including "Time, "the" New Republic, "the" American Prospect, " and "Mother Jones."
or
Not Currently Available for Direct Purchase
Copyright © 2020 American Booksellers Association