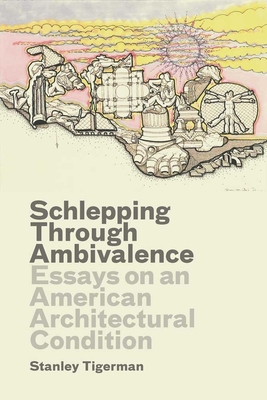 Essays on an American Architectural Condition

Chicago architect and iconoclast Stanley Tigerman has been called a "design maven who can spit venom like a snake." Though he is at times sharply critical, his ability to cut to the core of architectural discourse has opened this insular world to a broader audience. His words and theories are appealing for their candor and are backed by his long-standing architectural practice. Since 1964 Tigerman has made an indelible mark on his hometown and on cities across the globe, with projects ranging from the Five Polytechnic Institutes in Bangladesh to the Holocaust Memorial Foundation Museum in Skokie, Illinois.

This collection of essays, most previously unpublished, spans the course of Tigerman's career. Included are writings on the history of Chicago architecture, architectural theory, and commentary on contemporaries. Tigerman's engaging words, at times humorous and humble, at times biting and cantankerous, will captivate students and scholars as well as the general reader.