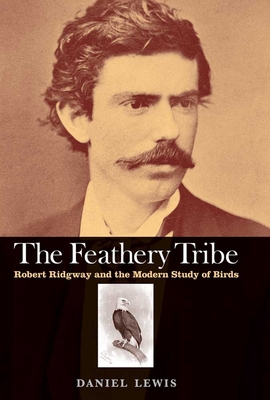 Robert Ridgway and the Modern Study of Birds

Amateurs and professionals studying birds at the end of the nineteenth century were a contentious, passionate group with goals that intersected, collided and occasionally merged in their writings and organizations. Driven by a desire to advance science, as well as by ego, pride, honor, insecurity, religion and other clashing sensibilities, they struggled to absorb the implications of evolution after Darwin. In the process, they dramatically reshaped the study of birds.

Daniel Lewis here explores the professionalization of ornithology through one of its key figures: Robert Ridgway, the Smithsonian Institution’s first curator of birds and one of North America’s most important natural scientists. Exploring a world in which the uses of language, classification and accountability between amateurs and professionals played essential roles, Lewis offers a vivid introduction to Ridgway and shows how his work fundamentally influenced the direction of American and international ornithology. He explores the inner workings of the Smithsonian and the role of collectors working in the field and reveals previously unknown details of the ornithological journal The Auk and the untold story of the color dictionaries for which Ridgway is known.


Praise For The Feathery Tribe: Robert Ridgway and the Modern Study of Birds…

"This book does an excellent job of underlining the lasting value of Ridgway's work and those of his colleagues and rivals, and they form the basis of just about every aspect of modern bird study."—Martin Collinson, Birdwatch
— Martin Collinson

"Lewis weaves the story of Robert Ridgway and his ornithological career expertly through the historical context of the late 19th and early 20th centuries and the emergence of modern ornithology. The book is full of interesting historical tidbits. . . This book belongs in every academic and museum library and should appeal to anyone with an interest in the historical roots of modern ornithology." —William E. Davis, American Ornithologist's Union
— William E. Davis


"This is a welcome and thoroughly researched contribution to the history of ornithology in North America." —Richard Mearns, British Ornithologist's Union
— Richard Mearns

"Lewis's account draws deeply and meticulously from a vast assortment of primary sources. As a museum curator himself, he insightfully highlights the values of objects—that is, the mortal remains of birds—as vital sources and the history and values of natural history museum. Lewis's voice is enthusiastic, straightforward, and sometimes even playful."—Julianne Lutz Warren, Environmental History
— Julianne Lutz Warren

“The Feathery Tribe introduces an important scientist along with his professional coterie and their struggles to establish ornithology in America . . . Lewis demonstrates the considerable value of scientific biography as historians continue to explore the significance of the field sciences to the history of science.”—Frederick R. Davis, Isis
— Frederick R. Davis

Daniel Lewis is the Dibner Senior Curator of the History of Science and Technology and the Chief Curator of Manuscripts at The Huntington Library in San Marino, CA. He lives in Pasadena.