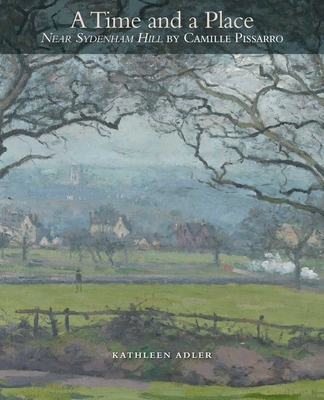 A Time and a Place

Camille Pissarro (1830-1903) is best known as one of the founders of the Impressionist movement. Although he received his artistic training in Paris, a seven-month stay in London, beginning in December of 1870, had a lasting impact on his artistic development. Fleeing Paris during the upheavals of the Franco-Prussian War, Pissarro settled in the South London suburb of Norwood. From there, he explored his new environs, reveling in the city's galleries and museums, where he admired the works of John Constable and J. M. W. Turner.

Pissarro produced a number of paintings inspired by his surroundings, including Near Sydenham Hill, which depicts a view of Norwood bordered by fields and flanked by trees. The loose brushstrokes and atmospheric effects of this painting are early indicators of the Impressionist style that Pissarro would pursue in the years after his return to France. Kathleen Adler analyzes this pivotal work in detail and uses it as a launching point for a larger discussion of the artist's life, circumstances, and artistic trajectory.

Kathleen Adler is the former director of education at the National Gallery, London, and author of numerous publications on Impressionism.
or
Not Currently Available for Direct Purchase