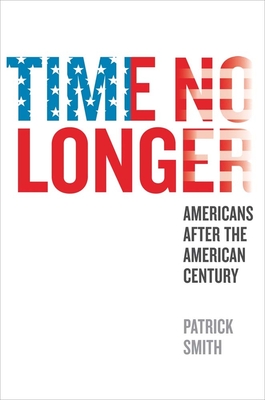 Americans After the American Century

Why America’s founding myths no longer apply, and why we must reconsider the facts of our history

Americans cherish their national myths, some of which predate the country’s founding. But the time for illusions, nostalgia, and grand ambition abroad has gone by, Patrick Smith observes in this original book. Americans are now faced with a choice between a mythical idea of themselves, their nation, and their global “mission,” on the one hand, and on the other an idea of America that is rooted in historical consciousness. To cling to old myths will ensure America’s decline, Smith warns. He demonstrates with deep historical insight why a fundamentally new perspective and self-image are essential if the United States is to find its place in the twenty-first century.

In four illuminating essays, Smith discusses America’s unusual (and dysfunctional) relation with history; the Spanish-American War and the roots of American imperial ambition; the Cold War years and the effects of fear and power on the American psyche; and the uneasy years from 9/11 to the present. Providing a new perspective on our nation’s current dilemmas, Smith also offers hope for change through an embrace of authentic history.


Praise For Time No Longer: Americans After the American Century…

“I can think of no American historian of the current era who more powerfully captures the way myth has informed consciousness in shaping the American worldview since the founding.”—Mark Lytle, Bard College
— Mark Lytle

“Patrick Smith’s is a brilliant and profound meditation on the relationship of modern Americans to their history and their myths, the best book anyone has written on the United States as it today exists. A work that will last.”—William Pfaff, author of The Irony of Manifest Destiny.
— William Pfaff

“An extremely ambitious book, Time No Longer brings together ideas about contemporary American politics and foreign policy with deep questions about the character and destiny of American society and some important ideas about how American attitudes to historical time will have to change. Patrick Smith makes a case that is bound to be controversial, but makes it bravely, thoughtfully and well. This should be an influential contribution to important national political and cultural debates.”—Godfrey Hodgson, author of The Myth of American Exceptionalism
— Godfrey Hodgson

“An exceptionally insightful approach that gets well beyond the usual yes/no declinist discourse, and challenges the American exceptionalism frame, in ways that are both historically informed and geared to the challenges of this new century and the need for ‘a new idea of ourselves.’”—Bruce W. Jentleson, Duke University

Patrick Smith was the International Herald Tribune’s bureau chief in Hong Kong and then Tokyo from 1985 to 1992, when he also wrote “Letter from Tokyo” for the New Yorker. He is the author of four previous books and contributes frequently to the New York Times, Business Week, Time, and other publications. He lives in Norfolk, CT.