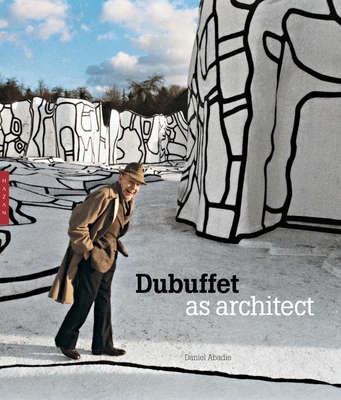 As the champion of "Art Brut," the artist Jean Dubuffet (1901-1985) is remembered foremost as a painter. Yet his creative instinct extended far beyond the parameters of paint. Later in his life, in 1965, his interest in architecture was sparked by a commission for two large-scale paintings for the University of Nanterre in Paris. Although he ultimately abandoned that project, he became intrigued by the idea of producing large works in a more enduring format, capable of withstanding the elements. He experimented with different media in search of a solution, producing works in ceramic, concrete, and eventually plastic resin.

The large size and relief surface of his 1967 Mur Bleu (Blue Wall) catapulted his painting into the third dimension in a big way. Many commissions followed, and today Dubuffet's massive architectural forms grace several cities across the globe. The artist did not intend for these structures to be mere supports for his paintings; he meant for them to give his work architectural space. His efforts in this area earned him the medal of the American Institute of Architects in 1982. These stunningly inventive and playful works stand as a testament to Dubuffet's desire to expand his practice through new materials and techniques—and even into new dimensions. Dubuffet as Architect is the first published account of this little-known aspect of this artist's work.

Daniel Abadie's former positions have included curator at the French Musée National d'Art Moderne and director of the Musée du Jeu de Paume in Paris.
Loading...
or
Not Currently Available for Direct Purchase