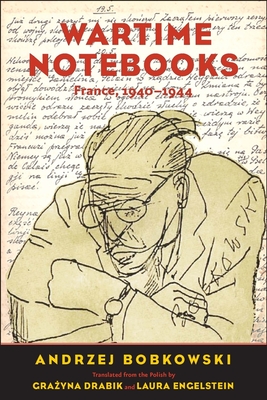 A Polish writer’s experience of wartime France, a cosmopolitan outsider’s perspective on politics, culture, and life under duress

When the aspiring young writer Andrzej Bobkowski, a self-styled cosmopolitan Pole, found himself caught in occupied France in 1940, he recorded his reflections on culture, politics, history, and everyday life. Published after the war, his notebooks offer an outsider’s perspective on the hardships and ironies of the Occupation.

In the face of war, Bobkowski celebrates the value of freedom and human life through the evocation—in a daringly untragic mode—of ordinary existence, the taste of simple food, the beauty of the French countryside. Resisting intellectual abstractions, his notes exude a young man’s pleasure in physical movement—miles clocked on country roads and Parisian streets on his trusty bike—and they reveal the emergence of an original literary voice. Bobkowski was recognized in his homeland as a master of modern Polish prose only after Communism ended. He remains to be discovered in the English-speaking world.

“Stunning in the freshness of its perspective . . . Fascinating.”—Thomas E. Ricks, New York Times Book Review
"Bobkowski is a marvelous discovery! Thanks to Laura Engelstein and Grazyna Drabik’s sparkling translation, we can read his diary of wartime France, which brims with detailed, lavish, and ironic observations of the German occupation and of the French and his fellow Poles."—Norman M. Naimark, Stanford University
"Andrzej Bobkowski's Wartime Notebooks offer a fascinating perspective on European history in the middle of the twentieth century, a brilliant young Polish intellectual in France reflecting on the fate of Europe, as Poland and then France itself were conquered by the Nazis. Bobkowski's detailed observations and philosophical reflections illuminate what it meant to be Polish, what it meant to be European, and what it meant to live, observe, and survive in Nazi Europe. The notebooks allows us to understand how Eastern Europe and Western Europe were related and reconciled in the understanding of one striking European intellectual, helping us to envision a more complete intellectual history of Europe as a whole."—Larry Wolff, New York University, author of Inventing Eastern Europe and The Singing Turk