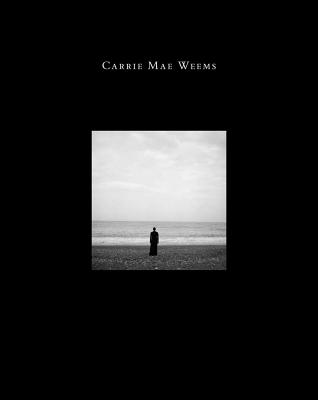 Three Decades of Photography and Video

The work of contemporary artist Carrie Mae Weems (b. 1953) hits hard with a powerful mix of lived life and social commentary. Since the late 1970s, her photographs, films, and installations have become known for presenting realistic and authentic images of African Americans while confronting themes of race, gender, and class. This book, the first major survey of Weems's career, traces the artist's commitment to addressing issues of social justice through her artwork. Her early photographs, which focused on African American women and families, have since led to work that examines more general aspects of the African diaspora, from the legacy of slavery to the perpetuation of debilitating stereotypes. Increasingly, she has broadened her view to include global struggles for equality and justice.

This beautifully illustrated book highlights over 200 of Weems's most important works. Accompanying essays by leading scholars explore Weems's interest in folklore, her focus on the spoken and written word, the performative aspect of her constructed tableaux, and her expressions of black beauty.

Kathryn E. Delmez is curator at the Frist Center for the Visual Arts. Henry Louis Gates Jr. is Alphonse Fletcher University Professor and director of the W. E. B. Du Bois Institute for African and African American Research at Harvard University. Franklin Sirmans is Terri and Michael Smooke Curator of Contemporary Art at the Los Angeles County Museum of Art. Robert Storr is dean of the Yale School of Art. Deborah Willis is university professor and chair of the department of photography and imaging at the Tisch School of the Arts, New York University.
or
Not Currently Available for Direct Purchase
Copyright © 2020 American Booksellers Association