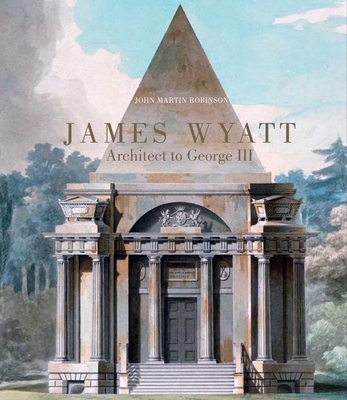 James Wyatt (1746–1813) is widely recognized as the most celebrated and prolific English architect of the 18th century. At the start of his lengthy career, Wyatt worked on designs for the Oxford Street Pantheon's neo-Classical interior as well as Dodington, the Graeco-Roman house that served as the model for the Regency country house. Wyatt was the first truly eclectic and historicist architect, employing several versions of Classical and Gothic styles with great facility while also experimenting in Egyptian, Tudor, Turkish, and Saxon modes. His pioneering Modern Gothic marked him as an innovator, and his unique neo-Classical designs were influenced by his links with the Midlands Industrial Revolution and his Grand Tour education.

This groundbreaking book sheds new light on modern architectural and design history by interweaving studies of Wyatt's most famous works with his fascinating life narrative. This masterly presentation covers the complex connections formed by his web of wealthy patrons and his influence on both his contemporaries and successors.

John Martin Robinson is an independent architectural historian. He is a partner in Historic Buildings Consultants, Librarian to the Duke of Norfolk, Maltravers Herald Extraordinary and Vice Chairman of the Georgian Group. He is a regular architectural contributor to Country Life and the author of numerous books.

"As well as examining Wyatt's complex web of wealthy patrons, the book traces his influence both on contemporaries (such as his great rival John Adam) and those who followed him, shedding new light on modern architectural and design history."—Apollo Magazine
— Apollo Magazine

"John Martin Robinson's masterly and hugely enjoyable book shows off the astonishing range of Wyatt's work as never before, compositions on the grand scale, small pretty villas and page after page of ravishingly lovely interiors."—Marcus Binney, The Times
— Marcus Binney

“John Martin Robinson’s very real achievement must be recognised; his study is of major importance in establishing the full range of Wyatt’s career and will remain the standard reference for many years to come.”—Robin Middleton, Burlington Magazine