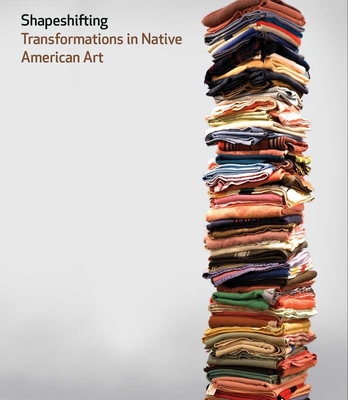 Public perception of Native American art and culture has often been derived from misunderstandings and misinterpretations, and from images promulgated by popular culture. Typically, Native Americans are grouped as a whole and their art and culture considered part of the past rather than widely present. Shapeshifting challenges these assumptions by focusing on the objects as art rather than cultural or anthropological artifacts and on the multivalent creativity of Native American artists. The approach highlights the inventive contemporaneity that existed in all periods and continues today. More than 75 works in a wide range of media and scale are organized into four thematic groups: changing—expanding the imagination; knowing—expressing worldview; locating—exploring identity and place; and voicing—engaging the individual. The result is a paradigm shift in understanding Native American art.

“Interspersed with the artwork are illuminating essays by critics, curators, and artists, and each piece is accompanied by a brief but informative blurb. Russell and her colleagues admirably achieve their goal of asserting the vibrant relevancy of Native American art in this stunning book that will appeal to a general audience, as well as art aficionados.”—Publishers Weekly
— Publishers Weekly

"This intriguing volume provides not only a record of a groundbreaking Peabody Essex Museum exhibition, but also a glimpse into an all-too-unknown world of American art. . . . This volume truly is a celebration of Native American art across the centuries."—A. Wirkkala, Choice
— Choice

“If I could, I would urge all Americans to read this text, for as the title suggests, their perceptions of Native peoples may become as transformed in their understanding as the art itself has transformed through the span of time.”—Jeremy W. H. Arnold, Religious Studies

Karen Kramer Russell is curator of Native American art and culture at the Peabody Essex Museum and president of the Native American Art Studies Association.
Loading...
or
Not Currently Available for Direct Purchase