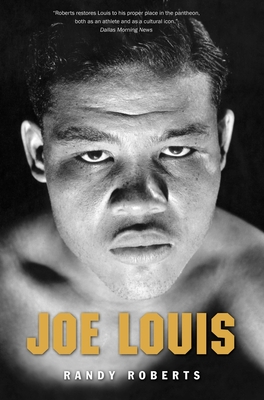 Joe Louis defended his heavyweight boxing title an astonishing twenty-five times and reigned as world champion for more than eleven years. He got more column inches of newspaper coverage in the 1930s than FDR did. His racially and politically charged defeat of Max Schmeling in 1938 made Louis a national hero. But as important as his record is what he meant to African-Americans: at a time when the boxing ring was the only venue where black and white could meet on equal terms, Louis embodied all their hopes for dignity and equality.

Through meticulous research and first-hand interviews, acclaimed historian and biographer Randy Roberts presents Louis, and his impact on sport and country, in a way never before accomplished. Roberts reveals an athlete who carefully managed his public image, and whose relationships with both the black and white communities—including his relationships with mobsters—were far more complex than the simplistic accounts of heroism and victimization that have dominated previous biographies.

Richly researched and utterly captivating, this extraordinary biography presents the full range of Joe Louis’s power in and out of the boxing ring.

Randy Roberts is Distinguished Professor of History at Purdue University. His previous books include biographies of Jack Dempsey, Jack Johnson, and John Wayne (all nominated for Pulitzer Prizes); a history of American sports since 1945; and books on Charles Lindbergh, the Mike Tyson trial, and the Vietnam War. He lives in Lafayette, Indiana.
Loading...
or support indie stores by buying on