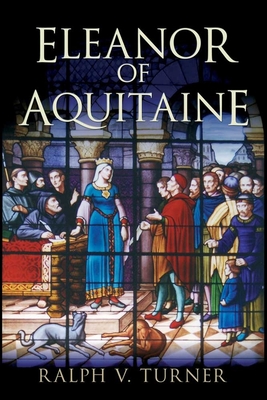 Queen of France, Queen of England

Untangling the myths and legends of many centuries, this biography gives us the real Eleanor—tenacious, defiant, and powerful

Eleanor of Aquitaine’s extraordinary life seems more likely to be found in the pages of fiction. Proud daughter of a distinguished French dynasty, she married the king of France, Louis VII, then the king of England, Henry II, and gave birth to two sons who rose to take the English throne—Richard the Lionheart and John. Renowned for her beauty, hungry for power, headstrong, and unconventional, Eleanor traveled on crusades, acted as regent for Henry II and later for Richard, incited rebellion, endured a fifteen-year imprisonment, and as an elderly widow still wielded political power with energy and enthusiasm.

This gripping biography is the definitive account of the most important queen of the Middle Ages. Ralph Turner, a leading historian of the twelfth century, strips away the myths that have accumulated around Eleanor—the “black legend” of her sexual appetite, for example—and challenges the accounts that relegate her to the shadows of the kings she married and bore. Turner focuses on a wealth of primary sources, including a collection of Eleanor’s own documents not previously accessible to scholars, and portrays a woman who sought control of her own destiny in the face of forceful resistance. A queen of unparalleled appeal, Eleanor of Aquitaine retains her power to fascinate even 800 years after her death.

Ralph V. Turner is emeritus professor of history, Florida State University. He is the author of King John and The Reign of Richard Lionheart, among many other publications on European medieval history. He lives in Tallahassee.
or
Buy Here
Copyright © 2020 American Booksellers Association