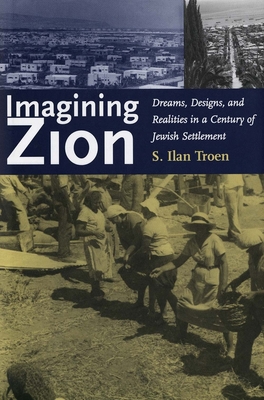 This timely book tells the fascinating story of how Zionists colonizers planned and established nearly 700 agricultural settlements, towns, and cities from the 1880s to the present. This extraordinary activity of planners, architects, social scientists, military personnel, politicians, and settlers is inextricably linked to multiple contexts: Jewish and Zionist history, the Arab/Jewish conflict, and the diffusion of European ideas to non-European worlds.

S. Ilan Troen demonstrates how professionals and settlers continually innovated plans for both rural and urban frontiers in response to the competing demands of social and political ideologies and the need to achieve productivity, economic independence, and security in a hostile environment. In the 1930s, security became the primary challenge, shaping and even distorting patterns of growth.

Not until the 1993 Oslo Accords, with prospects of compromise and accommodation, did planners again imagine Israel as a normal state, developing like other modern societies. Troen concludes that if Palestinian Arabs become reconciled to a Jewish state, Israel will reassign priority to the social and economic development of the country and region.