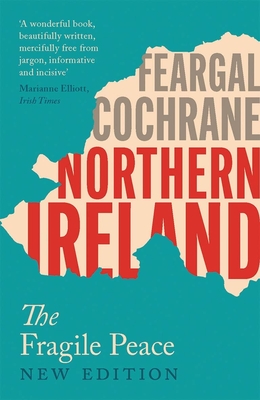 In this thoughtful and engaging book, Feargal Cochrane looks at Northern Ireland’s “Troubles” from the late 1960s to the present day. He explains why, a decade and a half after the peace process ended in political agreement in 1998, sectarian attitudes and violence continue to plague Northern Ireland today. Former members of the IRA now sit alongside their unionist adversaries in the Northern Ireland Assembly, but the region’s attitudes have been slow to change and recent years have even seen an upsurge in violence on both sides. In this book, Cochrane, who grew up a Catholic in Belfast in the ’70s and ’80s, explores how divisions between Catholics and Protestants became so entrenched, and reviews the thirty years of political violence in Northern Ireland—which killed over 3,500 people—leading up to the peace agreement. The book asks whether the peace process has actually delivered for the citizens of Northern Ireland, and what more needs to be done to enhance the current reluctant peace.

“An excellent survey history. . . approachable as well as rigrous.”—Library Journal

“An excellent book that will give readers a truer, more nuanced understanding of Northern Ireland’s history and present."—Choice
— Choice

“It is a wonderful book, beautifully written, mercifully free from jargon, informative and incisive.”—Marianne Elliott, The Irish Times
— Marianne Elliott

Feargal Cochrane is emeritus professor of international conflict analysis and senior research fellow at the Conflict Analysis Research Centre, University of Kent. He is the author of Breaking Peace and Migration and Security in the Global Age​, and coauthor of Mediating Power-Sharing.
Loading...
or
Not Currently Available for Direct Purchase