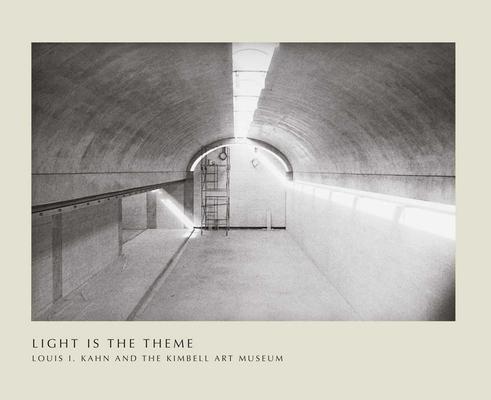 Light Is the Theme

Louis I. Kahn and the Kimbell Art Museum

Originally published in 1975 as a memorial to the Kimbell Art Museum's architect, Louis I. Kahn, Light Is the Theme provides an extended expression of the major themes articulated in his design for the museum. The text consists solely of Kahn's own words and explores his innovative use of natural light and playful employment of materials, which achieve their most refined state in the Kimbell, widely regarded as the architect's crowning achievement and admired as one of the greatest museum buildings of the 20th century.

Marking the 40th anniversary of the Kimbell Art Museum, this is the first time this classic book, updated with a new bibliography and a foreword by director Eric M. Lee, has been available outside of the museum.