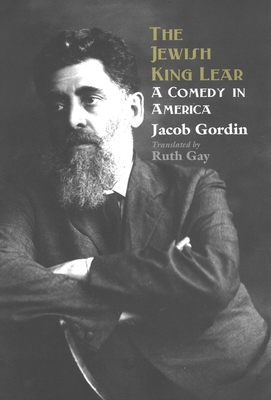 A Comedy in America

The Jewish King Lear, written by the Russian-Jewish writer Jacob Gordin, was first performed on the New York stage in 1892, during the height of a massive emigration of Jews from eastern Europe to America. This book presents the original play to the English-speaking reader for the first time in its history, along with substantive essays on the play’s literary and social context, Gordin’s life and influence on Yiddish theater, and the anomalous position of Yiddish culture vis-à-vis the treasures of the Western literary tradition.
Gordin’s play was not a literal translation of Shakespeare’s play, but a modern evocation in which a Jewish merchant, rather than a king, plans to divide his fortune among his three daughters. Created to resonate with an audience of Jews making their way in America, Gordin’s King Lear reflects his confidence in rational secularism and ends on a note of joyful celebration.