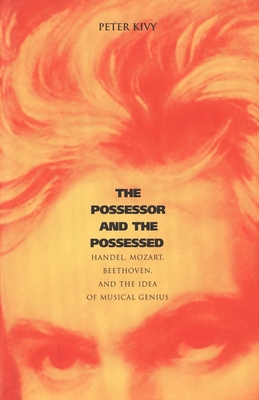 The Possessor and the Possessed

Handel, Mozart, Beethoven, and the Idea of Musical Genius (Yale Series in the Philosophy and Theory of Art)

The concept of genius intrigues us. Artistic geniuses have something other people don’t have. In some cases that something seems to be a remarkable kind of inspiration that permits the artist to exceed his own abilities. It is as if the artist is suddenly possessed, as if some outside force flows through him at the moment of creation. In other cases genius seems best explained as a natural gift. The artist is the possessor of an extra talent that enables the production of masterpiece after masterpiece. This book explores the concept of artistic genius and how it came to be symbolized by three great composers of the modern era: Handel, Mozart, and Beethoven.

Peter Kivy, a leading thinker in musical aesthetics, delineates the two concepts of genius that were already well formed in the ancient world. Kivy then develops the argument that these concepts have alternately held sway in Western thought since the beginning of the eighteenth century. He explores why this pendulum swing from the concept of the possessor to the concept of the possessed has occurred and how the concepts were given philosophical reformulations as views toward Handel, Mozart, and Beethoven as geniuses changed in the eighteenth, nineteenth, and twentieth centuries.