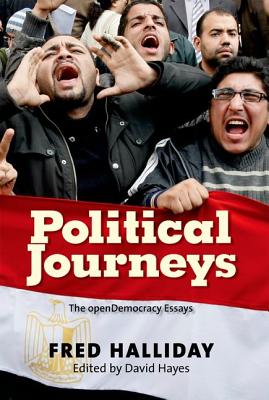 One of the great contrarians of international relations scholarship, Fred Halliday was able to combine his understanding of the broad sweep of modern history with a profound knowledge of modern revolutions, the Middle East, and national movements. This collection of Halliday’s political essays written for the online journal openDemocracy between 2004 and 2009 is proof of a subtle worldview that continues to generate questions: What is the relation between religion, nationalism, and progress? Is a new international order possible? When is intervention a force for progress?

From the big headline topics such as the Iraq War to the unexpected comparisons of Tibet and Palestine, or Afghanistan and the Falklands, Halliday’s writings provide a perennially surprising and enlightened guide to the major issues of international politics.

Fred Halliday (1946–2010) was professor emeritus of international relations at the London School of Economics from 1985 to 2008 and a research professor at the Barcelona Institute for International Studies.

"Halliday’s passion, reason and learning were never needed more than now. This book is an important reminder of one of the most thoughtful and humane figures on the international left."—David Herman, The New Statesman
— David Herman

“It is cheering...that a selection of essays, written by Halliday for the website openDemocracy…has just been published by Yale University Press.”—The Nation
— The Nation
or
Not Currently Available for Direct Purchase
Copyright © 2020 American Booksellers Association