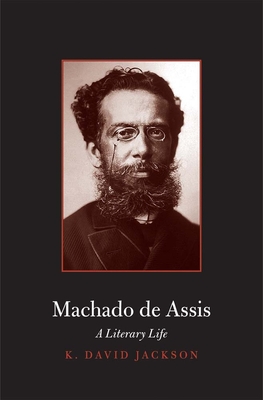 Novelist, poet, playwright, and short story writer Joaquim Maria Machado de Assis (1839–1908) is widely regarded as Brazil’s greatest writer, although his work is still too little read outside his native country. In this first comprehensive English-language examination of Machado since Helen Caldwell’s seminal 1970 study, K. David Jackson reveals Machado de Assis as an important world author, one of the inventors of literary modernism whose writings profoundly influenced some of the most celebrated authors of the twentieth century, including José Saramago, Carlos Fuentes, and Donald Barthelme. Jackson introduces a hitherto unknown Machado de Assis to readers, illuminating the remarkable life, work, and legacy of the genius whom Susan Sontag called “the greatest writer ever produced in Latin America” and whom Allen Ginsberg hailed as “another Kafka.” Philip Roth has said of him that “like Beckett, he is ironic about suffering.” And Harold Bloom has remarked of Machado that “he’s funny as hell.”

K. David Jackson is professor of Portuguese and director of undergraduate studies of Portuguese at Yale University. He lives in Woodbridge, CT.
Loading...
or
Not Currently Available for Direct Purchase