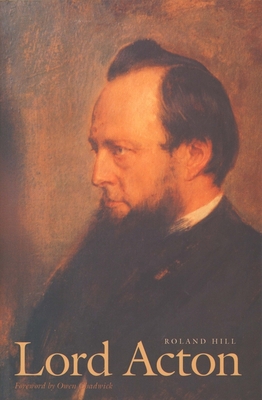 Lord Acton (1834–1902), numbered among the most esteemed Victorian historical thinkers, was much respected for his vast learning, his ideas on politics and religion, and his lifelong preoccupation with human freedom. Yet Acton was in many ways an outsider. He stood apart from his contemporaries, doubting the notion of unlimited progress and the blessings of nationalism and democracy. He differed from fellow members of the English upper class, holding to his Catholic faith. And he angered other Catholic believers by fiercely opposing the doctrine of papal infallibility. In this remarkable biography, Roland Hill is the first to make full use of the vast collection of books, documents, and private papers in the Acton archives to tell the story of the enigmatic Lord Acton.

The book describes Acton’s extended family of European aristocrats, his cosmopolitan upbringing, and his disrupted education. Drawing a lively picture of politics and religion at the time, Hill discusses Acton’s brief career as a Liberal member of Parliament, his work as editor and owner of learned Catholic journals, his battles for freedom for and in the Catholic Church, his friendship with William E. Gladstone, and his seven years as Regius Professor of Modern History at Cambridge University. Though unable to complete The Cambridge Modern History series he envisaged, Acton transformed historical study and left a legacy of ideas that continues to influence historians today.