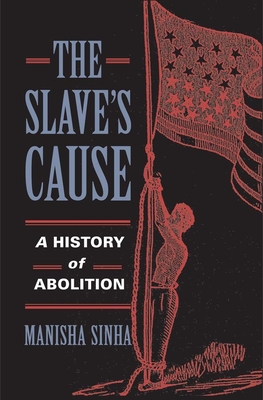 "Lucidly written, compellingly argued and based on exhaustive scholarship, The Slave's Cause captures the myriad aspects of this diverse and far-ranging movement and will deservedly take its place alongside the equally magisterial works of Ira Berlin on slavery and Eric Foner on the Reconstruction Era. Ms. Sinha seems to have read just about everything ever written on the subject of antislavery, including diaries, broadsides, speeches and legal arguments by the famous and the obscure alike. It is a measure of her command of the material that even as she leads us through the deepest thickets of antebellum polemics she is rarely dull."—Fergus Bordewich, Wall Street Journal

"A powerfully unfamiliar look at the struggle to end slavery in the United States. . . . The Slave's Cause is as multifaceted as the movement it chronicles."—Matthew Price, Boston Globe

"A stunning new history of abolitionism. . . . Placing abolitionism in its international context is just one of the great strengths of The Slave’s Cause. . . . [Sinha] plugs abolitionism back into the history of anticapitalist protest."—Adam Rothman, Atlantic

"This well-written and accessible book has many strengths, but Sinha’s able deployment of so many sources makes it outstanding."—Olivette Otele, Times Higher Education

"[A] prodigious work of scholarship. . . . Manisha Sinha has cemented in place the last stone in the scholarly edifice of the past half century that has rehabilitated the abolitionists’ reputation."—James M. McPherson, New York Review of Books

"A powerful, ambitious  work of scholarship. The research is extraordinary. . . . Her prose is also careful and often elegant, her argument bold. . . . Sinha offers us a glimpse of a usable past: a diverse and inclusive story of abolitionism."—Ari Kelman, Times Literary Supplement

"[This] book, which traces the history of abolition from the 1600s to the 1860s, documents its international character and demonstrates the central role played by free and enslaved Blacks, is a valuable addition to our understanding of the role of race and racism in America."—Glenn Altschuler, Florida Courier

"[A] comprehensive survey of the abolitionist movement in Colonial and independent America. . . . Covers a great deal of ground well. . . . Wide-ranging and admirably ambitious."—Kirkus Reviews

"At once encyclopedic in narrative detail and broadly interpretive, squeezing new meaning from known figures and texts, and introducing readers to other, more obscure actors, many of them African Americans. . . . In her masterwork, The Slave's Cause, Manisha Sinha heroically rescues abolitionism from the condescension of historians."—Bruce Laurie, Massachusetts Review

"[Sinha's] research is deep and wide-ranging, and she both reacquaints us with familiar historical figures and introduces us to those who may not be familiar. . . . In recent years the crucial roles of African-Americans in directing and sustaining the movement have been compellingly demonstrated. But no one has made the case as fully as has Sinha."—Steven Hahn, Chronicle of Higher Education

"This book will long be a must read for expert and lay readers alike who want to truly understand the history of the nation’s most important and revolutionary movement for radical social change."—Corey M. Brooks, Civil War Book Review

"This comprehensive history of abolition in the US provides long overdue coverage of one of the country’s foundational radical reform movements, initiating the US commitment to the principle of human rights. Original in conceptualization and primary research, the book covers the breadth of abolition from the 17th century to the aftermath of slavery’s eradication by the Thirteenth Amendment, and touches briefly on the movement’s legacies today. . . . Highly recommended."—Choice

"This will be the definitive single volume on the history of abolition in the U.S. for the coming generation of scholars. . . . Sinha does what few historians could do—she challenges much of what we have thought about this important movement and essentially rewrites the way we should think of abolitionism."—James J. Gigantino, American Historical Review

"A long book, but well worth the investment. I read nearly everything published on the subject, but I still learned something new in every chapter."—Stephen L. Carter, Bloomberg View

“Manisha Sinha has written the definitive account of abolitionism in American culture. . . . For those looking to understand radical democratic activism in the United States, there is no better place to start than this powerfully argued, thoroughly documented, and beautifully written book”–Corinne T. Field, Journal of American Culture

“The Slave’s Cause is a welcome addition, for it expands the scope, chronologically and geographically, of an expansive movement. . . . Throughout the monograph, which is of an encyclopedic and high biographical quality, Sinha maintains that resistance by Africans, enslaved and emancipated, was integral, and she addresses inaccurate notions about slavery and its demise.”—Wilma King, Journal of African American History

"This important book is poised to become the definitive general history of U.S. abolitionism for decades to come. Exhaustive research, dramatic writing, and ambitiously full coverage make The Slave's Cause unlikely to be surpassed in scholarship. . . .Monumental."
—David Roediger, Journal of American History

"Manisha Sinha’s The Slave’s Cause is a tour de force: a timely analytical synthesis of modern scholarship on abolitionism, full of bracing insights and correctives."—Elizabeth Varon, Journal of the Early Republic

"There is not a more comprehensive and authoritative account of the abolitionist movement than The Slave's Cause, and it is required reading for anyone hoping to understand America before the Civil War."—J. Brent Morris, The Historian

Won an Honorable Mention in the U.S. History category for the 2017 American Publishers Awards for Professional & Scholarly Excellence (PROSE)

Won the 2016 Avery O. Craven Award given by the Organization of American Historians

Winner of the 2017 Frederick Douglass Book Prize, awarded by the Gilder Lehrman Center

"In emphasizing abolitionism’s long historical trajectory, its international perspective, and its interracial character, Sinha situates her story firmly within the most up-to-date trends in historical writing; and with her extensive research and broad command of the era, she has produced a work of high originality and broad popular appeal."—Eric Foner, Pulitzer Prize–winning author of The Fiery Trial: Abraham Lincoln and American Slavery

"A groundbreaking, brilliant book. The Slave’s Cause should be required reading for every scholar in the humanities and social sciences who is concerned with the American condition. It’s that important. No one does a better job describing how and why male and female, black and white abolitionists created the first civil rights movement."—John Stauffer, Harvard University

"Beginning with the actions and arguments of enslaved people, Manisha Sinha masterfully reconstructs the evolution of this international, interracial movement to rescue humanity from a predatory and expansionist unfree empire."—Craig Steven Wilder, author of Ebony & Ivy: Race, Slavery, and the Troubled History of America’s Universities

Manisha Sinha is Draper Chair in American History at the University of Connecticut, and is the recipient of fellowships from the National Endowment for the Humanities, among several others.
Loading...
or
Not Currently Available for Direct Purchase