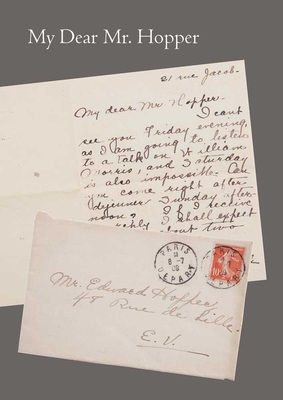 Edward Hopper (1882–1967), long recognized as the premier 20th-century American realist painter, was famously introverted and reclusive. He rarely spoke about his personal life, and his close friends were few and love interests fewer. Until now, there have been only two known romantic pursuits prior to Hopper’s marriage to Josephine Nivison in 1924: a brief relationship in Paris with an English girl in 1906–7 and another spanning several years with an older French woman beginning in New York in 1915. The discovery of fifty-eight previously unknown letters and one note from Alta Hilsdale (1884–1948) to Hopper brings to light a previously unknown romantic relationship. Hilsdale, who was from Minnesota and spent time in New York and Paris, sent letters to Hopper at various home and studio addresses during the course of ten years. Reverend Arthayer Sanborn, a close friend of Edward and Josephine Hopper, discovered the letters in Hopper’s childhood home in Nyack, New York, after the artist’s death. Fewer than ten people have had the opportunity to read these letters, and they are published in their entirety for the first time in My Dear Mr. Hopper.

Praise For My Dear Mr. Hopper…

Elizabeth Thompson Colleary is an independent scholar.
Loading...
or
Not Currently Available for Direct Purchase