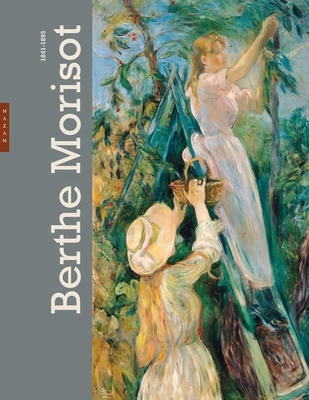 Berthe Morisot (1841–1895) was one of only a handful of women who exhibited both at the famed Paris Salon and with the French Impressionists. Her exquisite work depicts the world of the Parisian bourgeoisie: their clothes, their life-styles, their surroundings, and their relationships.

Over one hundred full-color paintings, graphic works, watercolors, and pastels are reproduced in this volume, and are accompanied by original commentaries that follow the artist's career from her training with Jean-Baptiste-Camille Corot to her final work. Included in the volume is an essay that Morisot wrote about her nephew-in-law Paul Valéry in 1948—a seminal text that has never been included in his collected works—as well as extensive correspondence and sketchbooks held at the Musée Marmottan Monet, which have rarely been accessible. Morisot has been hailed by historians as one of the forgotten women artists of the 19th century, and this volume helps to reveal her artistic influence on her better-known peers.

“Comprehensive . . . As a revealing look into the decidedly feminine concerns and talents from a period of art history dominated by men, this overview provides valuable insight.”—Publishers Weekly
— Publishers Weekly

Marianne Mathieu is a writer, art critic, and curator.
or
Not Currently Available for Direct Purchase