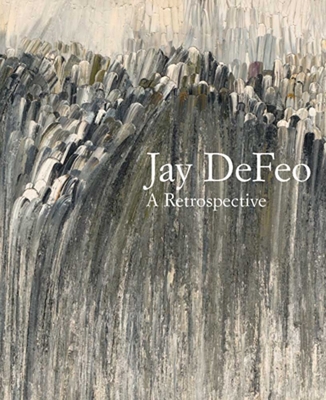 Jay DeFeo (1929–1989) was part of a vibrant community of avant-garde artists, poets, and musicians in San Francisco during the 1950s and 1960s. Her circle included Wallace Berman, Joan Brown, Bruce Conner, Wally Hedrick, Edward Kienholz, and Michael McClure. Although best known for her monumental painting The Rose (1958–66), DeFeo worked in a wide range of media and produced an astoundingly diverse and compelling body of work over four decades. DeFeo's unconventional approach to materials and her intensive, physical method make her a unique figure in postwar American art.

In the first comprehensive monograph on DeFeo, Dana Miller looks at the breadth of the artist's work, her cross-disciplinary practice, broad range of interests and influences, as well as pivotal moments in her career. In addition, Miller dispels misconceptions and assumptions about the artist and also offers new insight into her under-recognized works from the 1970s and 1980s. Greil Marcus explores the significance of titles in DeFeo's work; Michael Duncan considers her approach to her career and the marketplace; Corey Keller looks at DeFeo's photographic oeuvre; and Carol Mancusi-Ungaro examines her materials and processes.

The book features new photography, archival images, and a number of previously unpublished works. Also included are a biographical chronology, an extensive bibliography, and an exhibition history.

Distributed for the Whitney Museum of American Art


Praise For Jay DeFeo: A Retrospective…

Dana Miller is curator of the permanent collection at the Whitney Museum of American Art.
Loading...
or
Not Currently Available for Direct Purchase