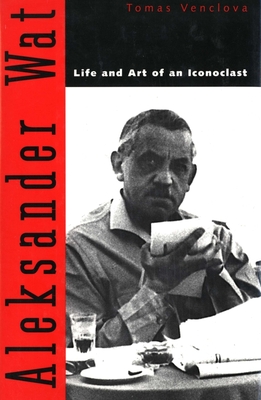 Life and Art of an Iconoclast

Aleksander Wat was, in many ways, the archetypal Central European intellectual of the mid-twentieth century, a man who experienced and influenced all the tumultuous political and artistic movements of his time. Yet, little has been published about him, even in his native Poland. This book is the first account of Wat's turbulent life, accompanied by a thorough analysis of his extraordinary poems and prose works in their diverse periods and genres. Tomas Venclova, himself a poet and literature scholar of international renown, has uncovered numerous new biographical details, made the surprising discovery of an unfinished novel Wat began fifty years ago, and woven together the themes of Wat's life and work.

At different times a futurist, surrealist, and communist fellow traveler, Wat turned away from Communism after his imprisonment by the Soviet secret police and became a vociferous spokesman for democracy. Venclova tells Wat's story from his Polish-Jewish upbringing in the early 1900s, his participation in the literary avant-garde in the 1920s, and his work as editor of an influential Communist journal before World War II, through his emigration to the West in 1959 and his death in 1967. Venclova argues convincingly that Wat's literary achievement promoted the rejuvenation of Polish and East European letters after the Stalinist era, and his broad intellectual influence on many, including Czeslaw Milosz, helped to consolidate the moral and political opposition to totalitarian ideology that has profoundly changed political realities in the late twentieth century.

Tomas Venclova is professor of Russian and East European Literatures at Yale University.
Loading...
or support indie stores by buying on