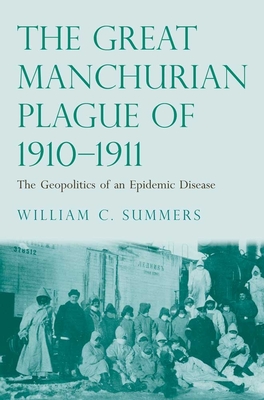 The Geopolitics of an Epidemic Disease

When plague broke out in Manchuria in 1910 as a result of transmission from marmots to humans, it struck a region struggling with the introduction of Western medicine, as well as with the interactions of three different national powers: Chinese, Japanese, and Russian. In this fascinating case history, William Summers relates how this plague killed as many as 60,000 people in less than a year, and uses the analysis to examine the actions and interactions of the multinational doctors, politicians, and ordinary residents who responded to it.

Summers covers the complex political and economic background of early twentieth-century Manchuria and then moves on to the plague itself, addressing the various contested stories of the plague’s origins, development, and ecological ties. Ultimately, Summers shows how, because of Manchuria’s importance to the world powers of its day, the plague brought together resources, knowledge, and people in ways that enacted in miniature the triumphs and challenges of transnational medical projects such as the World Health Organization.


Praise For The Great Manchurian Plague of 1910-1911: The Geopolitics of an Epidemic Disease…

"Employing a comprehensive ecological framework, Dr. Summers deftly weaves history, biology and geopolitics for a nuanced explanation of the last plague pandemic outbreak with important lessons for our millennium."—Guenter B. Risse, author of Plague, Fear and Politics in San Francisco’s Chinatown (Hopkins 2012)
— Guenter B. Risse

"A well-documented and analytical book and by far the best book on the analysis of the complexity of geopolitics in dealing with and subduing one of the worst plague epidemics."—Sin-Kiong WONG, National University of Singapore
— Sin-Kiong WONG

“This brief work is a useful adjunct, summary source for students and persons interested in public health.”—Frederick Holmes, Journal of the History of Medicine
— Frederick Holmes

William C. Summers is professor of the history of science and medicine, molecular biophysics and biochemistry, and therapeutic radiology at Yale University.