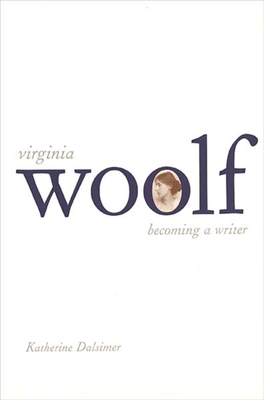 By the time she was twenty-four, Virginia Woolf had suffered a series of devastating losses that later she would describe as “sledge-hammer blows,” beginning with the death of her mother when she was thirteen years old and followed by those of her half-sister, father, and brother. Yet vulnerable as she was (“skinless” was her word) she began, through these years, to practice her art—and to discover how it could serve her. Ultimately, she came to feel that it was her “shock-receiving capacity” that had made her a writer.
Astonishingly gifted from the start, Woolf learned to be attentive to the movements of her own mind. Through self-reflection she found a language for the ebb and flow of thought, fantasy, feeling, and memory, for the shifts of light and dark. And in her writing she preserved, recreated, and altered the dead, altering in the process her internal relationship with their “invisible presences.” “I will go backwards & forwards” she remarked in her diary, a comment on both her imaginative and writerly practice.
Following Woolf’s lead, psychologist Katherine Dalsimer moves backward and forward between the work of Woolf’s maturity and her early journals, letters, and unpublished juvenilia to illuminate the process by which Woolf became a writer. Drawing on psychoanalytic theory as well as on Woolf’s life and work, and trusting Woolf’s own self-observations, Dalsimer offers a compelling account of a young artist’s voyage out—a voyage that Virginia Woolf began by looking inward and completed by looking back.