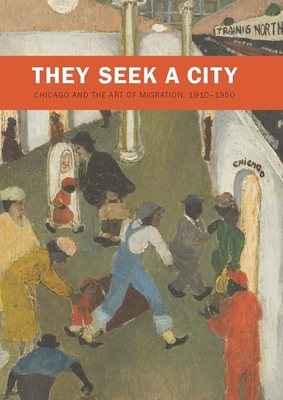 They Seek a City

In the first half of the 20th century, thousands of newcomers—Eastern European émigrés, Mexican immigrants, and Southerners both black and white—flocked to Chicago. These new residents included artists who made significant contributions to the vibrant cultural life of the city. They Seek a City highlights approximately seventy-five paintings, works on paper, photographs, and sculptures by such artists as Eldzier Cortor, Archibald Motley, and Morris Topchevsky that reflect the diverse urban social landscape.

As these artists sought to navigate their surroundings and establish their identities amid a changing society, they found inspiration in their personal and cultural contexts. Frequently, they focused on the underlying causes of immigration or migration and depicted themes of exile and alienation. Others chose to represent their new surroundings, for better or worse, addressing concerns such as racism, poverty, and social injustice. Artistic styles also varied. Whereas many worked in a figurative mode to better convey social or political messages, modernist art by European immigrants such as László Moholy-Nagy also played a major role.

Sarah Kelly Oehler is the Henry and Gilda Buchbinder Associate Curator of American Art at the Art Institute of Chicago.