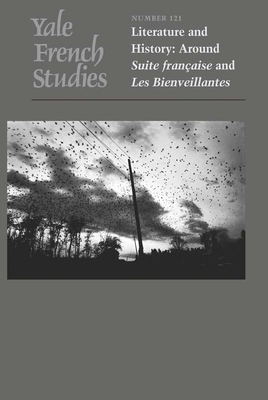 Irène Némirovsky's Suite Française and Jonathan Littell's Les Bienveillantes constitute the two most important literary publishing events in France in the new millennium. Both novels have enjoyed enormous commercial and critical success, and both have generated considerable controversy among literary critics and historians.
In this volume of Yale French Studies, leading scholars in the fields of literary studies and history reflect upon the significance of these two works and attempt to answer some of the questions that they raise about the ways in which literary fiction organizes our understanding of the past and our perception of the world.

Richard J. Golsan is University Distinguished Professor and director of the Melbern G. Glasscock Center for Humanities Research at Texas A&M University. Philip Watts is chair of the Department of French at Columbia University.
Loading...
or
Not Currently Available for Direct Purchase