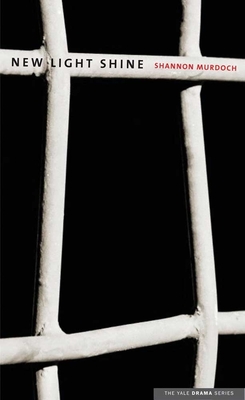 Announcing the 2011 winner in the Yale Drama Series

When he was twelve, Joe snuck into the field on the edge of town and saw the Town Mayor with his sister Peregrine. This one moment has overwhelmed and transformed his life, becoming the only thing that holds any importance to him. Years later, in jail for murder, Joe waits for Peregrine so that he can explain his plan for her future, a plan so intricately assembled that he has given it a name—New Light Shine.

Four characters in Shannon Murdoch's bold new play are trapped in an argument of memory that threatens to turn perception into truth. Their task is to dig through years of silence and half-truths to arrive at a future that may at last bring peace. In the ensuing struggles, disturbing questions arise—about female and child sexuality as well as the responsibilities of government and community in raising children.

Selecting Murdoch's New Light Shine from more than 800 submissions that arrived from the far reaches of the English-speaking world, contest judge John Guare praises the distinct voice of this play and its challenging subject. "I read it, put it aside, went back to it, couldn't get it out of my head," he recollects. "This raw, haunting, richly poetic, deeply emotional play affected me as no other entry did."

Shannon Murdoch holds a first class honors degree in Theatre and Creative Writing from Griffith University, Queensland, and is a graduate of The Playwrights Studio at the National Institute of Dramatic Art, Sydney. She has been a professional playwright for six years. In addition to the Yale Drama Award, her play New Light Shine was selected for the National Play Festival 2011 in Sydney. She lives in Melbourne, Australia.