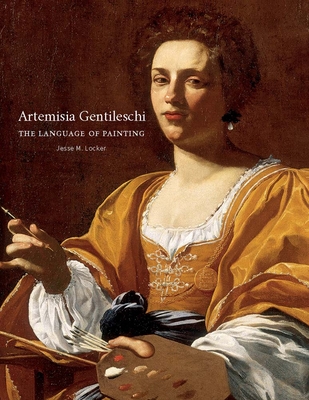 The Language of Painting

Hailed as one of the most influential and expressive painters of the seventeenth century, Artemisia Gentileschi (1593–ca. 1656) has figured prominently in the art historical discourse of the past two decades. This attention to Artemisia, after many years of scholarly neglect, is partially due to interest in the dramatic details of her early life, including the widely publicized rape trial of her painting tutor, Agostino Tassi, and her admission to Florence’s esteemed Accademia del Disegno. While the artist’s early paintings have been extensively discussed, her later work has been largely dismissed.

This beautifully illustrated and elegantly written book provides a revolutionary look at Artemisia’s later career, refuting longstanding assumptions about the artist. The fact that she was semi-illiterate has erroneously led scholars to assume a lack of literary and cultural education on her part. Stressing the importance of orality in Baroque culture and in Artemisia’s paintings, Locker argues for her important place in the cultural dialogue of the seventeenth century.


Praise For Artemisia Gentileschi: The Language of Painting…

“In the past 100 years, Artemisia Gentileschi has become one of the most recognizable painters from the 17th century, male or female. Her Caravaggio-inspired paintings—full of blood, dramatic violence, and striking uses of shadow and light—are massive draws in the museums that hold them. . . . Yet audiences and critics alike usually find themselves dumbfounded and let down by the paintings made in the last decades of her career, when she was at the height of her fame and influence. . . . Locker’s book provides a much-needed answer to the disparity in the feminist icon’s work—to the question of what happened to Artemisia’s painting style, and why.”—William O’Connor, The Daily Beast
— William O'Connor

“In Artemisia Gentileschi, [the artist is revealed as a] thoughtful artist in dialogue with her contemporaries, less a product of her biography than a fully engaged mind. It’s a compelling argument for re-examining her later works.”—Johns Hopkins Magazine
— Johns Hopkins Magazine

“In this beautifully illustrated study . . . Locker sheds new light on [Gentileschi]. . . . His study significantly deepens understanding of this fascinating artist and is an important contribution to the field.”—Choice
— Choice

“A welcome and thought-provoking addition to an understanding of [Artemisia Gentileschi’s] work and of the intertwined literary and visual cultures of early modern Italy.”—Karen J. Lloyd, CAA Reviews
— Karen J. Lloyd

“A valuable, beautifully illustrated, and intriguing study. . . . Locker adds much to our knowledge of Gentileschi’s reputation during her lifetime.”—Marjorie Och, Woman’s Art Journal
— Marjorie Och

Jesse Locker is associate professor of Italian Renaissance and Baroque art at Portland State University.
Loading...
or
Not Currently Available for Direct Purchase