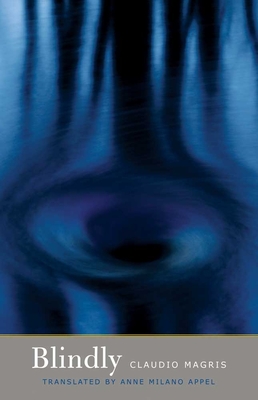 Hailed as a masterpiece when first published in Italy, Magris's innovative novel is now available to English-language readers

Who is the mysterious narrator of Blindly? Clearly a recluse and a fugitive, but what more of him can we discern? Baffled by the events of his own life, he muses, "When I write, and even now when I think back on it, I hear a kind of buzzing, blathered words that I can barely understand, gnats droning around a table lamp, that I have to continually swat away with my hand, so as not to lose the thread."

Claudio Magris, one of Europe's leading authors and cultural philosophers, offers as narrator of Blindly a madman. Yes, but a pazzo lucido, a lucid madman, a single narrative voice populated by various characters. He is Jorgen Jorgenson, the nineteenth-century adventurer who became king of Iceland but was condemned to forced labor in the Antipodes. He is also Comrade Cippico, a communist militant, imprisoned for years in Tito's gulag on the island Goli Otok. And he is the many partisans, prisoners, sailors, and stowaways who have encountered the perils of travel, war, and adventure. In a shifting choral monologue—part confession, part psychiatric session—a man remembers (invents, falsifies, hides, screams out) his life, a voyage into the nether regions of history, and in particular the twentieth century.


Praise For Blindly (The Margellos World Republic of Letters)…

"Blindly is an extraordinarily inventive, learned, poetic and entertaining dreambook, ranging over the world and the centuries and returning always to the prison island of Goli Otok It is surely a masterpiece."—John Banville
— John Banville

"I have read Claudio Magris's Blindly twice, in French and in English; but the real translation is his revelation of what is in his own words “the indistinct drama of life.” Never mind the literary ikon-busting Modernism, Post-Modernism. Not since Joyce’s Ulysses has there been great revelation of what the novel can be. Magris achieves this in fully realizing his own statement. The novel “is a voice that expresses not what we have consciously become but what we might have become and what we erupt at times, what we could be and hope and fear we can be.” Time-frame of this narration perhaps by a madman to the contemporary Confessor, the psychiatrist, is two centuries held in a contemporary mind adventurously, with ruthless insight and the cut and thrust of wit. Told by different people in different countries and under political edicts the “madman” in the splendid humanity of hubris: “I want to set the world right instead of trying to find myself a safe haven.”—Nadine Gordimer
— Nadine Gordimer

“Blindly ….is devastating and beautiful.”—Kirkus
— Kirkus

“The prose, which meanders through the crevasses of a complicated mind, takes off and reads like poetry.”—The New Yorker
— The New Yorker

Claudio Magris has been a professor of Germanic studies at the University of Trieste since 1978. He is the author of Danube, a best-selling novel now translated into more than twenty languages, and in 2001 he was awarded the Erasmus Prize. He has translated into Italian the works of such authors as Ibsen, Kleist, Schnitzler, Buchner, and Grillparzer. Anne Milano Appel is a professional translator. Her translation of Stefano Bortolussi's novel Head Above Water was the winner of the 2004 Northern California Book Award for Translation.