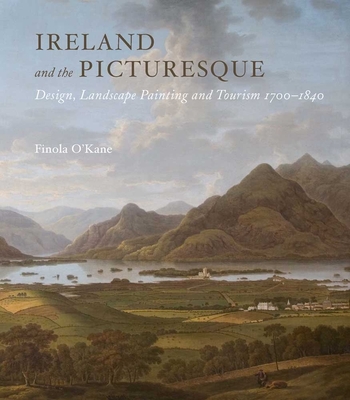 Ireland and the Picturesque

That Ireland is picturesque is a well-worn cliché, but little is understood of how this perception was created, painted, and manipulated during the long 18th century. This book positions Ireland at the core of the picturesque's development and argues for a far greater degree of Irish influence on the course of European landscape theory and design. Positioned off-axis from the greater force-field, and off-shore from mainland Europe and America, where better to cultivate the oblique perspective? This book charts the creation of picturesque Ireland, while exploring in detail the role and reach of landscape painting in the planning, publishing, landscaping and design of Ireland's historic landscapes, towns, and tourist routes. Thus it is also a history of the physical shaping of Ireland as a tourist destination, one of the earliest, most calculated, and most successful in the world.

Praise For Ireland and the Picturesque: Design, Landscape Painting, and Tourism, 1700–1840…

“The two-way flow of picturesque inspiration across the Irish Sea was a complex cultural phenomenon that this study brilliantly illuminates.”—William Laffan, World of Interiors
— William Laffan

Finola O’Kane is lecturer in the School of Architecture, Landscape and Civil Engineering, University College Dublin.
Loading...
or
Not Currently Available for Direct Purchase