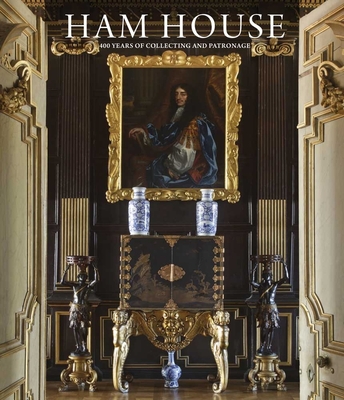 400 Years of Collecting and Patronage

Built in 1610 during the reign of James I and remodeled in 1637–39 by the future first Earl of Dysart, Ham House and its gardens have endured through centuries of English history while remaining representative of the styles and culture of the original inhabitants. It is one of the few places where Caroline décor—as developed by British architect Inigo Jones and familiar to Peter Paul Rubens and Anthony van Dyck—can still be appreciated.

To mark the 400th anniversary of one of the most famous houses in Europe, eighteen internationally recognized scholars join National Trust curators in documenting the history of Ham House and its collections. The new discoveries, reattributions, and revelations of the contributors are accompanied by specially commissioned photography of the house and its contents. An appendix includes complete transcriptions of house inventories for the 17th, 18th, and 19th centuries, published here for the first time.


Praise For Ham House: 400 Years of Collecting and Patronage…

“The present book studiously contextualises this romantic illusion. In a series of informative essays, it explores the less straightforward history of the house…it offers the aficionado an impressive and satisfying overview and surely sets the bar for similar ‘house histories’ in the future.” —Matthew Dennison, World of Interiors
— Matthew Dennison

“This major publication, prompted by the 400th anniversary of one of the most celebrated house in Europe, contains a wealth of scholarship on both the architecture of Ham House and the provenance and historical presentation of its contents. National Trust curators are joined by a range of international experts to shed light on everything from metalwork to musical instruments, all illustrated with exceptional new photography.”—Apollo Magazine
— Apollo Magazine

"This grand volume. . .makes an outstanding contribution to our knowledge of one of the most important 17th-century houses in Europe. Its meticulous essays, by National Trust curators and a range of international experts, cover everything from court connections to cabinet-making and picture-framing, all accompanied by a wealth of illustrations and many new photographs."—Apollo Magazine
— Apollo Magazine

“Ham House is a major achievement, not only for Christopher Rowell and his team of 23 contributors, but for the National Trust itself, which has never before produced so substantial a volume of scholarship on a single one of its properties. . .an exemplary publication.”—Anthony Geraghty, Apollo Magazine
— Anthony Geraghty

“It is among the most splendid productions devoted to a single English house and a testament to American cultural philanthropy. . .Like all Mellon books, it is beautifully designed and printed, and more than lavishly illustrated. . .Altogether this is a fascinating in-depth coverage of a beguiling historic house.”—John Martin Robinson, The Art Newspaper
— John Martin Robinson

‘The whole publication is a testament to the knowledge and enthusiasm of the editor and the skill of Yale as a publisher; it is also significant as a scholarly project from the National Trust, produced at a time when there is the possibility that such organisations might chiefly be driven by commercial.’—Christopher Baker, Literary Review
— Christopher Baker

Christopher Rowell is the National Trust's furniture curator and was formerly curator responsible for Ham House.