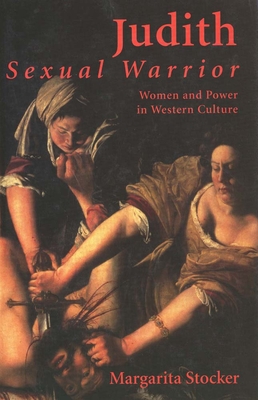 The Old Testament story of the widow Judith—the irresistible siren who lured her people’s deadly enemy, Holofernes, to his death, beheading him in his own bed to save Jerusalem—is an enduring cultural myth in Western society. In this original and provocative book, Margarita Stocker explores the Western fascination with the image of Judith and the abundance of interpretations that have surrounded her at different times between the early Middle Ages and the present day. The myth of Judith provides an important key to modern society’s view of women and power, the book argues. In dealing with the threatening image of a powerful femme fatale who is also a saint, the vested interests of Western culture have deliberately, often deviously, subverted images of sex and death as a way of marginalizing women and protecting traditional notions of masculinity.

The book investigates the periodic resurgence of the Judith legend and how the myth and history become confused. An ambiguous figure, Judith has served symbolic purposes for such diverse groups as Protestant partisans during the Wars of Religion and their Catholic counterparts, aristocratic women supporters of the Protestant Reformation, opponents of the French Revolution, Nazi myth- makers, filmmakers obsessed with gun-toting girls, freedom fighters, partisans in the former Yugoslavia, and many others. Judith’s various guises illuminate central issues of Western consciousness—sex, death, violence, politics, beliefs, identity, psychology, and perversion. In exploring the theme of Judith, an alternative history of Western attitudes emerges. Judith is not so much a killer as a liberating figure challenging our thinking about women and power and showing ways to break free from unconscious attitudes that imprison us.