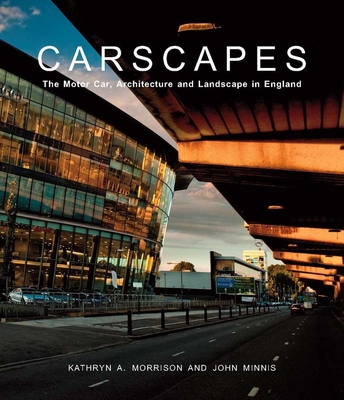 The Motor Car, Architecture, and Landscape in England

When the motor car first came to England in the 1890s, it was a luxury item with little practical purpose—drivers couldn't travel very far or quickly without paved roads or traffic laws. Thus began a transformation that has affected the architecture, infrastructure, and even the natural environment of the country. Carscapes relates the history of the car's impact on the physical environment of England from its early beginnings to the modern motorway network, focusing especially on its architectural influence.

The authors offer a detailed look at the litany of structures designed specifically to accommodate cars: garages, gas stations, car parks, factories, and showrooms. Presenting a comprehensive study of these buildings, along with highways, bridges, and signage, Carscapes reveals the many overlooked ways in which automobiles have shaped the modern English landscape.


Praise For Carscapes: The Motor Car, Architecture, and Landscape in England…

Kathryn A. Morrison and John Minnis are senior investigators at English Heritage.
Loading...
or
Not Currently Available for Direct Purchase