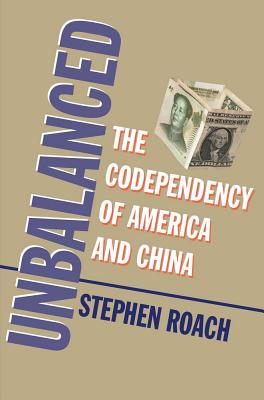 The Codependency of America and China

The Chinese and U.S. economies have been locked in an uncomfortable embrace since the late 1970s. Although the relationship initially arose out of mutual benefits, in recent years it has taken on the trappings of an unstable codependence, with the two largest economies in the world losing their sense of self, increasing the risk of their turning on one another in a destructive fashion.
In Unbalanced: The Codependency of America and China Stephen Roach, senior fellow at Yale University and former chairman of Morgan Stanley Asia, lays bare the pitfalls of the current China-U.S. economic relationship. He highlights the conflicts at the center of current tensions, including disputes over trade policies and intellectual property rights, sharp contrasts in leadership styles, the role of the Internet, the recent dispute over cyberhacking, and more.
A firsthand witness to the Asian financial crisis of the late 1990s, Roach likely knows more about the U.S.-China economic relationship than any other Westerner. Here he discusses: In the wake of the 2008 crisis, both unbalanced economies face urgent and mutually beneficial rebalancings. Unbalanced concludes with a recipe for resolving the escalating tensions of codependence. Roach argues that the Next China offers much for the Next America and vice versa.