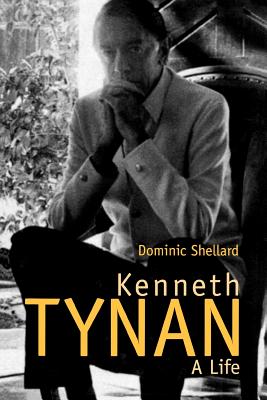 The first in-depth biography of theater genius Kenneth Tynan, looking behind the celebrity myth to show how Tynan’s eloquence and fervor helped change the course of theater in Britain and America

Kenneth Tynan (1927–1980) lived one of the most intriguing theater lives of his century. A brilliant writer, critic, and agent provocateur, he made friends or enemies of nearly every major actor, playwright, impresario, and movie mogul of the 1950s, ‘60s, and ‘70s. He wrote for the Evening Standard, the Observer, and the New Yorker; served eleven years as dramaturg for Britain’s newly formed National Theatre, and spent his final years in Los Angeles. This biography offers the first complete appraisal of Tynan’s powerful contribution to post-war British theater, set against the context of the fifties, sixties, and seventies and his own turbulent life.

Dominic Shellard highlights Tynan’s writings of 1952–1963, when the coruscating young critic came to prominence. He discusses how Tynan took his place at the vanguard of the new realist movement, helped to establish subsidized theater, fought censorship, and assisted in the creation of such groundbreaking theatrical phenomena as Oh Calcutta! in1970. The book reveals both the public and private Tynan, an outspoken, explicit, and sometimes savage critic who became one of the most influential theater figures of the twentieth century.