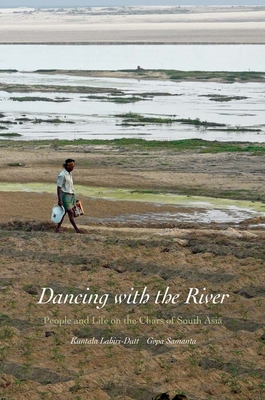 Dancing with the River

With this book Kuntala Lahiri-Dutt and Gopa Samanta offer an intimate glimpse into the microcosmic world of “hybrid environments.” Focusing on chars—the part-land, part-water, low-lying sandy masses that exist within the riverbeds in the floodplains of lower Bengal—the authors show how, both as real-life examples and as metaphors, chars straddle the conventional categories of land and water, and how people who live on them fluctuate between legitimacy and illegitimacy. The result, a study of human habitation in the nebulous space between land and water, charts a new way of thinking about land, people, and people's ways of life.


Praise For Dancing with the River: People and Life on the Chars of South Asia (Yale Agrarian Studies Series)…

“This is a refreshing perspective on what remains a little understood region…it can be put alongside a now speeding train of thought on classics such as Seeing like a State and The Art of Not Being Governed and a cascade of writings on post-development and geographies of hope literature.”— Rohan D’Souza, Jawaharlal Nehru University, author of Drowned and Dammed: Colonial Capitalism and Flood Control in Eastern India
— Rohan D'Souza

“There is a greater need for the literature in environmental studies articulating fluidities between human and environment from the perspectives of environmental social science and environmental humanities. Kuntala Lahiri-Dutt and Gopa Samanta’s careful study of charland dwellers fulfills this need.”—Tun Myint, Carleton College, author of Governing International Rivers
— Tun Myint

"A powerful evocation of life on the silt banks that rise and fall erratically in the Bengal rivers. Water, land and the pioneers who ‘dance with the river’ appear as equal agents of change in this challenge to social theories constructed on nature/culture dualism."—Willem van Schendel, author of A History of Bangladesh
— Willem van Schendel

"Dancing with the River provides a sensitive and evocative portrayal of the struggle for livelihood in the fluid landscape of deltaic Bengal where nothing truly endures, yet nothing wholly disappears. It is a deeply researched and elegantly told story of subaltern ingenuity in negotiating the transience of their physical environment between water and land."—Sugata Bose, Gardiner Professor of History, Harvard University, author of A Hundred Horizons: the Indian Ocean in the Age of Global Empire
— Sugata Bose

"Dancing with the River provides an intellectually rich account of the intimate assembling of humans and non-humans in the production of the hybrid wet environments of the Chars in South Asia. Shaped as much by the flow of water as by local practices and national and global power interventions, the authors develop a masterly account of how physical processes and social relations fuse together in the production of a thoroughly socialised nature."—Erik Swyngedouw, author of  Social Power and the Urbanization of Nature

“Dancing with the River offers a richly panoramic study of a unique geographical context. It will be indispensable to scholars of marginality, poverty, and vulnerability, as well as to geographers, historians, and anthropologists of South Asia.”—Science

Kuntala Lahiri–Dutt is a senior fellow in resource management in the Asia-Pacific Program at the College of Asia and the Pacific at the Australian National University. She lives in Canberra. Gopa Samanta is an associate professor in geography at the University of Burdwan. She lives in Golapbag, Burdwan, India.