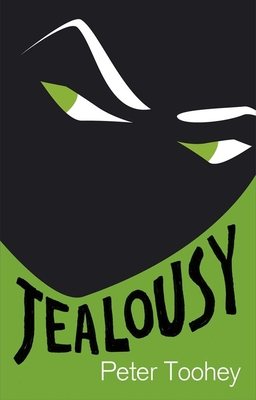 Compete, acquire, succeed, enjoy: the pressures of living in today’s materialistic world seem predicated upon jealousy—the feelings of rivalry and resentment for possession of whatever the other has. But while our newspapers abound with stories of the sometimes droll, sometimes deadly consequences of sexual jealousy, Peter Toohey argues in this charmingly provocative book that jealousy is much more than the destructive emotion it is commonly assumed to be. It helps as much as it harms.

Examining the meaning, history, and value of jealousy, Toohey places the emotion at the core of modern culture, creativity, and civilization—not merely the sexual relationship. His eclectic approach weaves together psychology, art and literature, neuroscience, anthropology, and a host of other disciplines to offer fresh and intriguing contemporary perspectives on violence, the family, the workplace, animal behavior, and psychopathology. Ranging from the streets of London to Pacific islands, and from the classical world to today, this is an elegant, smart, and beautifully illustrated defense of a not-always-deadly sin.

Peter Toohey, the author of Boredom: A Lively History and Melancholy, Love and Time, is professor of classics in the Department of Classics and Religion at the University of Calgary with a special interest in the nature and history of the emotions. He lives in Calgary, Canada.

"A readable and erudite study of a storied emotion . . . Entertaining . . . Two cheers, then, for envy and jealousy and three for Mr. Toohey’s book. One pays tribute to its value by envying his skill and feeling jealous of his success."—Andrew Stark, Wall Street Journal
— Andrew Stark

"Peter Toohey . . . constructs an entertaining argument for jealousy being the wellspring of a much greater part of our emotional lives, and of a larger proportion of literature, law, and daily existence, than we may have thought."—Diane Johnson, New York Review of Books
— Diane Johnson
or
Not Currently Available for Direct Purchase
Copyright © 2020 American Booksellers Association