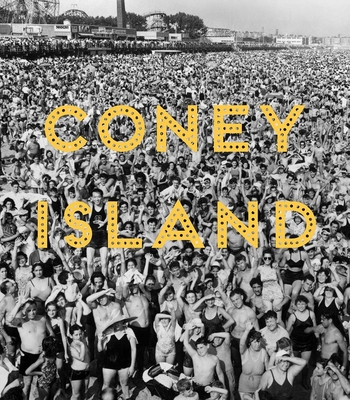 Called “America’s playground,” Coney Island is a world-famous resort and national cultural symbol that has inspired music, literature, and films. This groundbreaking book is the first to look at the site’s enduring status as inspiration for artists throughout the ages, from its inception as an elite seaside resort in the mid-19th century, to its evolution into an entertainment mecca for the masses, with the eventual closing of its iconic amusement park, Astroland, in 2008 after decades of urban decline. How artists chose to portray Coney Island between 1861 and 2008—in tableaux of wonder and menace, hope and despair, dreams and nightmares—mirrored the aspirations and disappointments of the era.

This dazzling catalogue highlights more than 200 images from Coney Island’s history, including paintings, drawings, photographs, prints, posters, film stills, architectural artifacts, and carousel animals. An extraordinary array of artists is represented, from George Bellows, William Merritt Chase, Reginald Marsh, and Joseph Stella to Diane Arbus, Jean-Michel Basquiat, Robert Frank, Red Grooms, Weegee, and Swoon. Essays by prominent scholars analyze Coney Island through its imagery and ephemera as both a place and an idea—one that reflected the collective soul of the nation.

"As befits a dreamland, the exhibit—curated by Robin Jaffee Frank, who also wrote much of the show’s excellent, richly illustrated catalogue—is a mix of artifacts and artworks and a trove of suggestive juxtapositions."—The New York Review of Books

"Students of both social history and American art history will be richly rewarded by this book, which is a valuable resource for anyone interested in American visual culture."—Christopher C. Oliver, Panorama Journal of the Association of Historians of American Art

"This book looks at Coney Island’s enduring status as inspiration for artists over many years, from its inception as an elite seaside resort in the mid-19th century, to its evolution into an entertainment mecca for the masses, with the eventual closing of Astroland, in 2008, after decades of urban decline."—Annie Coreno, Publishers Weekly