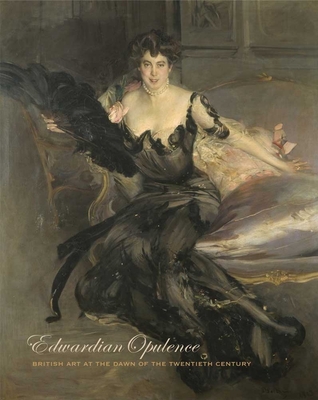 British Art at the Dawn of the Twentieth Century

The Edwardian age was as brief as the Victorian era that preceded it was long. It has been depicted as an indolent summer afternoon of imperial and elite complacency, but also as a period of rapid political, economic, and artistic change, culminating in the First World War. This magnificent book explores themes of power, nostalgia, and a contrasting lightness of touch that characterized the period. Issues of creation, consumption, and display are examined through a range of objects, including portraits by Sargent and Boldini, diamond tiaras and ostrich-feather fans, jewel-like Autochrome color photography, and a spectacular embroidered gown that belonged to the American-born Vicereine of India. Spanning divides of class and geography, this book identifies opulence and leisure as driving forces for the domestic and imperial British economic engine in the early years of the 20th century.


Praise For Edwardian Opulence: British Art at the Dawn of the Twentieth Century…