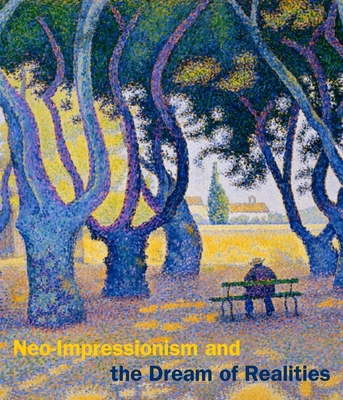 Neo-Impressionism and the Dream of Realities

This stunning catalogue explores the creative exchange between Neo-Impressionist painters and Symbolist writers and composers in the late 1880s and early 1890s. Symbolism, with its emphasis on subjectivity, dream worlds, and spirituality, has often been considered at odds with Neo-Impressionism’s approach to portraying color and light. This book repositions the relationship between these movements and looks at how Neo-Impressionist artists such as Maximilien Luce, Georges Seurat, Paul Signac, and Henry van de Velde created evocative landscape and figural scenes by depicting emptiness, contemplative moods, Arcadia, and other themes. Beautifully illustrated with 130 color images, this book reveals the vibrancy and depth of the Neo-Impressionist movement in Paris and Brussels in the late 19th century.


Praise For Neo-Impressionism and the Dream of Realities: Painting, Poetry, Music…

Cornelia Homburg is an independent art historian and curator living in France. Paul Smith is professor of art history at Warwick University. Laura D. Corey is a Ph.D. candidate at New York University. Simon Kelly is curator of modern and contemporary art at the Saint Louis Art Museum. Noelle C. Paulson is an independent scholar living in Zurich. Christopher Riopelle is curator of post-1800 paintings at the National Gallery, London.
Loading...
or
Not Currently Available for Direct Purchase