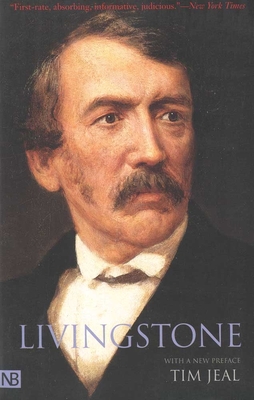 David Livingstone (1813–1873) is revered as one of history’s greatest explorers and missionaries, the first European to cross Africa, and the first to find Victoria Falls and the source of the Congo River. In this exciting new edition, Jeal draws on fresh sources and archival discoveries to provide the most fully rounded portrait of this complicated man—dogged by failure throughout his life despite his full share of success.

Using Livingstone’s original field notebooks, Jeal finds that the explorer’s problems with his African followers were far graver than previously understood. From recently discovered letters he elaborates on the explorer’s decision to send his wife Mary back home to England. He also uncovers fascinating information about Livingstone’s importance to the British Empire and about his relationship with the journalist-adventurer Henry Morton Stanley. In addition Jeal here evokes the full pathos of the explorer’s final journey. This masterful, updated biography also features an excellent selection of new maps and illustrations.

Tim Jeal is also the biographer of Henry Morton Stanley (National Book Critics' Circle Award in Biography and Sunday Times Biography of the Year 2007), and Robert Baden-Powell, which (like Livingstone) was chosen as a Notable Book of the Year by the New York Times and the Washington Post. In 2011 his Explorers of the Nile was a New York Times Editor's Choice and a BBC Radio 4 Book of the Week.