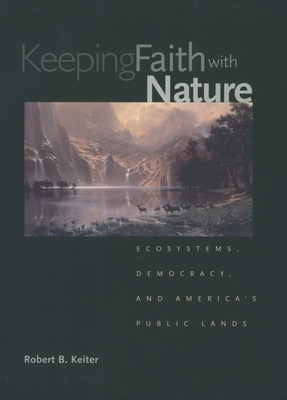 As the twenty-first century dawns, public land policy is entering a new era. This timely book examines the historical, scientific, political, legal, and institutional developments that are changing management priorities and policies—developments that compel us to view the public lands as an integrated ecological entity and a key biodiversity stronghold.
Once the background is set, each chapter opens with a specific natural resource controversy, ranging from the Pacific Northwest’s spotted owl imbroglio to the struggle over southern Utah’s Colorado Plateau country. Robert Keiter uses these case histories to analyze the ideas, forces, and institutions that are both fomenting and retarding change.
Although Congress has the final say in how the public domain is managed, the public land agencies, federal courts, and western communities are each playing important roles in the transformation to an ecological management regime. At the same time, a newly emergent and homegrown collaborative process movement has given the public land constituencies a greater role in administering these lands. Arguing that we must integrate the new imperatives of ecosystem science with our devolutionary political tendencies, Keiter outlines a coherent new approach to natural resources policy.

Robert B. Keiter is Wallace Stegner Professor of Law and director of the Wallace Stegner Center for Land, Resources, and the Environment at the University of Utah’s S.J. Quinney College of Law. He is also the co-editor of The Greater Yellowstone Ecosystem: Redefining America’s Wilderness Heritage, published by Yale University Press.