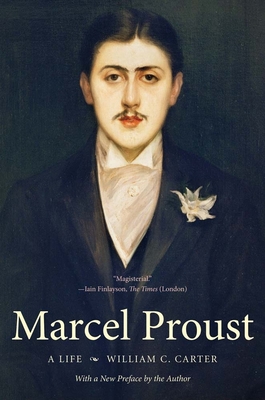 A Life, with a New Preface by the Author (Henry McBride Series in Modernism and Modernity)

The extraordinary life and times of Marcel Proust, one of the greatest literary voices of the twentieth century, by "Proust's definitive biographer" (Harold Bloom) Based on a wealth of letters, memoirs, workbooks, and manuscripts unavailable before, the book examines Proust’s character and development as an artist, the glittering Parisian world of which he was a part, and the passions that enabled him to write his masterpiece, In Search of Lost Time.

“Serious, thoughtful, well-balanced, well-informed. . . . Carter is the kind of reader Proust hoped for, one who understands that a great work compels us to become better readers of ourselves.”—Victor Brombert, Los Angeles Times

Praise For Marcel Proust: A Life, with a New Preface by the Author (Henry McBride Series in Modernism and Modernity)…

William C. Carter, professor emeritus of French at the University of Alabama at Birmingham, is the author of Proust in Love and a new, fully annotated edition of Proust’s classic Swann’s Way.
Loading...
or
Not Currently Available for Direct Purchase