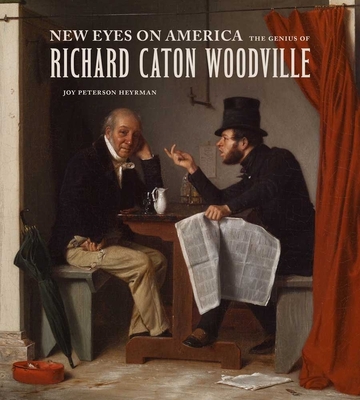 The Genius of Richard Caton Woodville

During a tragically short career, Richard Caton Woodville (1825–1855) produced iconic works depicting mid-century America. Born in Baltimore and trained in Düsseldorf, Woodville painted 19th-century America in a new way. His paintings depict contemporary life and realistic period interiors, while using colorful, closely observed narrative detail. The themes he represents, including the generational divide that informed so many pressing issues of the time, offer a unique perspective on both America and Europe in the decades preceding the Civil War and capture a period of rapid social, political, and technological transformation.

New Eyes on America, the most comprehensive work on Woodville to date, reproduces all of the artist’s known works. Five essays explore Woodville’s artistic genius, his Baltimore upbringing, his education at the Düsseldorf School, his place in the international art world, and his technique, which was acclaimed for its attention to detail and color. This important book shines new light on the formation, historical and social context, and contemporary reception of this engaging painter.

Joy Peterson Heyrman is exhibition curator for American art for New Eyes on America: The Genius of Richard Caton Woodville, and deputy director for development at the Walters Art Museum.