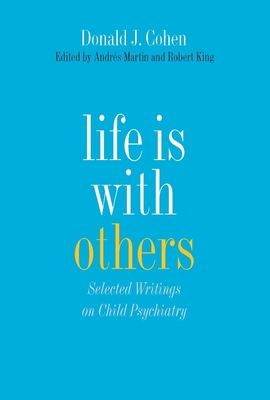 Life Is with Others

One of the most influential child psychiatrists of the twentieth century, Donald J. Cohen (1940-2001) made groundbreaking contributions to the study of autism and developmental disabilities, Tourette’s syndrome, developmental psychopathology, child psychoanalysis, and children’s adaptation to trauma. As director of the Yale Child Study Center from 1983 to 2001, he fostered international collaborations and innovative approaches to the study of children’s mental health. This book contains a selection of some of his most enduring and influential writings.
Showcasing Dr. Cohen’s distinctive approach, these essays—one of which is published here for the first time—address a wide range of topics including autobiographical writings; childhood psychiatric disorders; the role of play fantasy, aggression, and violence in childhood; and research ethics and mentorship.