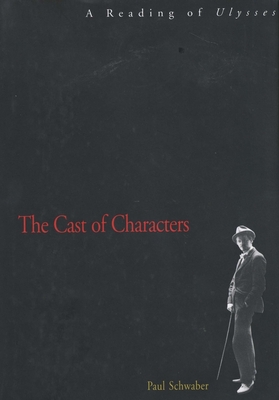 The Cast of Characters

A Reading of Ulysses

Contemporaries in imagination as in fact, James Joyce and Sigmund Freud pondered the complexities and depths of human consciousness and found distinct ways to represent it—the one as a great novelist, the other as the first psychoanalyst. In this book, Paul Schwaber, both a professor of literature and a psychoanalyst, brings a clinician’s attentiveness and a scholar-critic’s literary commitment to the study of characterization in Ulysses. Alert to form, style, and innovation, and respecting continuities and uniquenesses of character, he offers discerning explanations of why Leopold Bloom, who knows he isn’t Jewish, clearly feels Jewish to himself and others; how Stephen Dedalus’ intricate theory of Shakespeare reveals core aspects of his own inner struggles; and why Molly Bloom’s adulterous aftermath registers with her, at the end of the day, as sleeplessness. Schwaber also offers intriguing commentary on the novel’s narrator.

Not imposing formulations but subtly drawing them from the text, Schwaber reads openly—as an analyst listens—and illuminates the extraordinary psychological mimesis of Ulysses. He invites his readers to appreciate the brilliance and fun of Joyce’s book, and in so doing he brings psychoanalysis as a mode of inquiry to the test of great literature.

Paul Schwaber is professor of letters at Wesleyan University and a psychoanalyst in private practice.
Loading...
or support indie stores by buying on