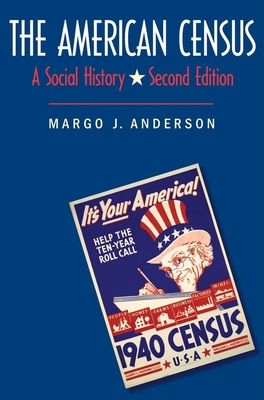 This book is the first social history of the census from its origins to the present and has become the standard history of the population census in the United States. The second edition has been updated to trace census developments since 1980, including the undercount controversies, the arrival of the American Community Survey, and innovations of the digital age. Margo J. Anderson’s scholarly text effectively bridges the fields of history and public policy, demonstrating how the census both reflects the country’s extraordinary demographic character and constitutes an influential tool for policy making. Her book is essential reading for all those who use census data, historical or current, in their studies or work.

Praise For The American Census: A Social History…

"The census has a surprisingly lively history, exceptionally well told here . . . , with ramifications extending to our own day."—Washington Post Book World (on the first edition)

"A clear and intriguing examination of the many-faceted history of the American census. . . . As a history of the census, this study is a delight. It is thoroughly researched and richly detailed. Anderson is to be commended for covering such an expansive chronology with such skill. . . . Anderson has woven together not only social history but also intellecutal, institutional, political, and military history into a thoroughly readable book that examines not only changes in the census but also the remarkable changes that have taken place in the US."—Choice

"Any scholar who uses the census, and this includes virtually all Americanists, will find Professor Anderson's lucid and carefully researched account of its taking indispensable. . . . This is a signally useful and important book."— John F. McClymer, The Historian

"[A] lucid and quietly revealing account. . . . She shows plainly how our census has played a pervasive triple role: as a tool for the apportionment of power, as a rational baseline measure for much of American social science and as a theater of policy debate. For generation after generation those fateful census categories have formed the framework of social issues."—Scientific American

Margo Anderson is Distinguished Professor of History and Urban Studies at the University of Wisconsin–Milwaukee and is widely regarded as a major authority on the census, both inside and outside academia.
Loading...
or
Not Currently Available for Direct Purchase